New York can feel like a particularly enticing place when it comes to imagining oneself with a great career in the traditional media. Why not become a great TV journalist like Anderson Cooper (CNN)? Why not become the next editor of Vogue in the fashion capital of the world? Why not be a great radio or TV anchor? Why not write great movie scripts while living a good, creative life? 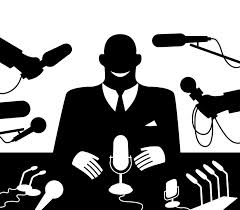 These are all great ideas and we are used to glamorous images of the individuals who succeed in these professions. Such careers are very rare, but they are not impossible, although they might take an extraordinary amount of effort, especially when it comes to presenting your work and networking with the people who will recognize your creative and other talents.

One of our students, Jason Chester, is trying to break into this business. Below he shares some resources, along with his experience and recommendations for how to make a go at a career in film and mass media entertainment.

When I search these sites, I look at what positions companies are looking to fill and what the job entails. This is how I prepare myself for the interview and also adapt myself to the job’s nature beforehand. At the moment I just want to finish my B.A. In English while practicing my writing in my spare time. I don’t graduate until next May. So for now, I am just reaching out for information from people I know in the film and publishing (writers for magazines) so I can know how to become the perfect candidate. I believe if the career you’re trying to have is your true passion you will be willing to do anything for it. I am ready to relocate and work long hours for little money, just so I can wake up everyday to say to the world, I am living my dream. I bumped into the former Senior Vice President of Burberry menswear worldwide Stan Tucker (he retired in 2007) over the weekend. I told him I wanted to work for Esquire, his response was, “Doing what?”  I told him anything, I am ready to begin at the bottom and work my way up, but first let me finish school. He laughed and told me he would introduce me when I am ready.
I believe getting a job is easy if it’s what you really want. As a student,  I have been able to get published for a small newspaper and over the summer I plan to direct a short film which I will put on youtube and vimeo (everyone is doing that). I am writing something a lot different from everyone else. While people are trying to gain fans by violence and perversion,  I am attracting people by the qualities we all wish we could emulate: the courage to help someone else even though the reward for doing so will go unknown to the world. My short film is called “Silent Hero.” I will let you know how it all turns out in September. I hope my links are helpful.

Resources for Building a Career in Traditional Media and Entertainment

How To Break Into The Film Industry This is an encouraging website whose author suggests that although the industry is difficult to get into, and that there are no strictly set rules of admission, it is still not impossible to make it, provided that you take the measures outlined. The logic that explains why one should not give up despite the really bad odds: “the more competition the more saltiness; the more saltiness the more hopeless people feel; the more hopeless they feel the less they try; and the less they try the easier it is for a truly focused person to succeed. I honestly believe that the film industry has not become harder to break into, but easier. Through turmoil and mediocrity, quality individuals rise to the top.” Part of the strategy involves developing a source of income on which you can depend while you work on establishing a paying career in the industry.

Writers on the Verge is a 12-week program sponsored by NBC “focused on polishing writers and readying them for a staff writer position on a television series.” This program looks for writers who are “almost there” but “need that final bit of preparation with their writing and personal presentation skills.” They particularly encourage writers of diverse backgrounds to apply. “Classes concentrate on creating an exceptional spec & pilot script and understanding the dynamics of pitching oneself in the television industry. Writers are given the chance to interact with industry players ranging from network executives to showrunners to agents and receive valuable feedback on their work and pitch style. Writing assignments on a NBC television show may be available after successful completion of the program but are not a guarantee. Past participants have gone on to series including Community, Burn Notice, White Collar, It’s Always Sunny in Philadelphia, Chicago Fire and Whitney.”

CBS Internships are available in the vicinity of John Jay. CBS, one of the three major broadcasting networks, offers internships to undergraduate and graduate students “in virtually every field of media and entertainment.” These internships are meant to provide “meaningful and practical work experience,” “expose you to industry professionals and promote both your personal and career development. Some internships are designed to expose a student to one specific department or project. Others allow for the student to rotate between departments of the newsroom.”

NBCUniversal also provides internships that serve as a stepping stone for someone interested in being part of the media industry. These internships “give students real world experience, networking opportunities, and exposure to one of the world’s leading media and entertainment companies.”

Hearst Television is another John Jay neighbor that offers career opportunities related to television news, entertainment and production, both in New York City and all over the country.

Hearst Magazines is one of the world’s largest publishers of monthly magazines, publishing 20 U.S. titles and nearly 300 international editions and, through its digital media unit, operating 28 Web sites and 14 mobile sites. They offer a range of career options and internships.

Need help with the Commons? Visit our
help page Send us a message
Skip to toolbar

Built with WordPress | Protected by Akismet | Powered by CUNY