There are a myriad of careers within the television and film industry, from screenwriting, casting, shooting, sound, editing, to sales and distribution.

What is your job?

What is the broader field of industry in which this work exists?
Entertainment 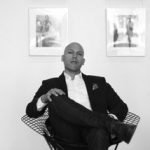 What, in general, do you do as part of this job?

I write, produce, and direct films outside of the Hollywood studio system. Which means I take creative chances that they wouldn’t.
What are the pros and cons of this kind of job?

The pros are you get to make the films you want, because you’re not part of a system that expects every film to move the stock price up for the studio. Therefore, you get to make films for smaller audiences, covering subjects that would normally get ignored. I like to focus on issues centered around the the low-income working-class, some films are funny, others are more dramatic.

The cons are you won’t always get the famous names that will attract investors, so a lot of your films although great, won’t get funded as fast, and when they do, they don’t get the attention they deserve because your cast isn’t as famous as the A-listers.

What skills did you learn as an English major that you use in this job?

A big part of my job is explaining things to people. Thanks to the countless essays I had to write, I can articulate all my thoughts clearly. On set, before I yell action, I have to speak with the cinematographer, art director, sound recordists, and finally the actors. To save time and money, I have to make sure everyone is on the same page. But even before all that, just writing the script, doing research, and proofreading was routine to me, because of my background as an English major.

How did you get this job?

I did a lot of volunteer gigs, and decided I was ready to make my own movie, from there I had to write a script I believed in, then raise the money to pay for it all. So, I think anyone can do this job, it’s just a matter of how long can you keep it up.

For current students interested in this line of work, do you have any recommendations on what they can do now to start directing their career path?
Volunteer on a lot of shoots whether student projects, indie films, or studio films. You want to get familiar with protocols and the language on a movie set. Most important of all, get to know what each department does, and while you’re volunteering, make friends, build your network. That way, when you decide to do your own project, you’ll have a list of people you can reach out to.
Final Thoughts:
I came to John Jay to be an english major and enter the police department upon graduating. I was even an auxiliary officer.
here is a pic, 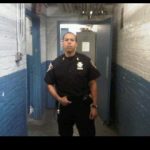 I left a filmmaker.
Need help with the Commons? Visit our
help page Send us a message
Skip to toolbar

Built with WordPress | Protected by Akismet | Powered by CUNY